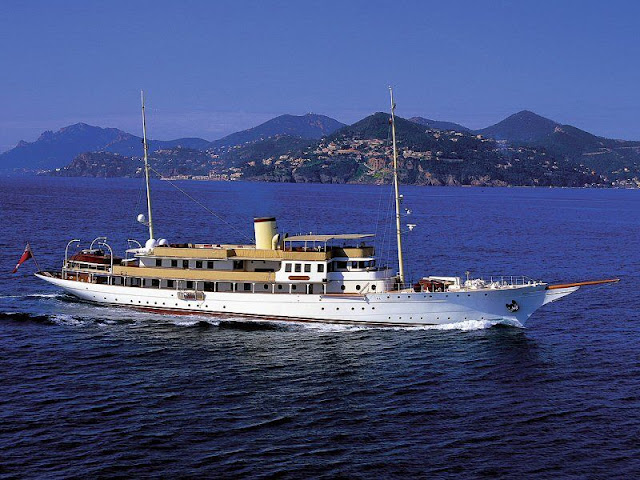 The firm of naval architecture that made the design details for this ship is Cox & Stevens. The vessel had interior design and styling was the talent of Richard Taylor / Paul Williams. Luxury yacht HAIDA G is a quality yacht that is able to sleep a total of 12 guests on board and has approximately 17 crew members.
HAIDA G, originally HAIDA, was built for millionaire yeast producer Max C. Fleischmann (1877-1952) following plans drafted by the New York naval architects Cox and Stevens. Under the name USS ARGUS, call sign â€œPY14,â€ the yacht protected the coast in the Patrol Force of the 12 th Naval District out of San Francisco. She was decommissioned in 1946 and purchased by a private owner who restored her to her former glory as a pleasure craft. Renamed SARINA, she was owned by the Egyptian cotton magnate Maurice Ada and spent a number of years in Alexandria. During a political disturbance, her owner moved the yacht to the South of France where she has been magnificently restored.
The Shipyard Work & Naval Architecture of Luxury Yacht HAIDA G
Cox & Stevens was the naval architect involved in the professional vessel plans for HAIDA G. Also the company Cox & Stevens successfully collaborated on this venture. Interior designer Richard Taylor / Paul Williams was charged with the creative internal styling. Germany is the country that Germaniawerft Fr Krupp Ag constructed their new build motor yacht in. After the formal launch in 1929 in Kiel the boat was thereafter passed over to the owner having completed final finishing. Her core hull was constructed with steel. The motor yacht superstructure is fabricated for the most part using steel. The measurement of the luxury yacht on deck is 66.45 (218 ft). With a beam of 9.14 metres / 30 feet HAIDA G has fairly large room. A deep draught of 4m (13.1ft) determines the list of overall harbours she can enter, contingent on their individual depth. She had refit maintenance and modification undertaken by 2008.
Engines & Speeds For M/Y HAIDA G:
HAIDA G is propelled by twin screw propellers. The main engine of the ship generates 750 horse power (or 552 kilowatts). She is fitted with 2 engines. The combined power for the yacht is 1500 HP / 1104 KW. As far as stabalisers are concerned she was built with Vosper.
With Superyacht HAIDA G There is The Following Accommodation Layout:
Apportioning volume for a maximum of 12 visiting passengers staying on board, the HAIDA G accommodates everyone in luxury. Normally the vessel requires around 17 capable yacht crew to operate.
A List of the Specifications of the HAIDA G:
Superyacht Name: Motor Yacht HAIDA G Ex: Haida; Py-14 Argus (Usn); Sarina; Rosenkavalier - Built By: Germaniawerft Fr. Krupp AG - Built in: Kiel, German - Launched in: 1929 - Refitted in: 2008 - Length Overall: 71.1 metres / 233.26 feet - Waterline Length: 54.94 (180.25 ft)
Naval Architecture: Cox & Stevens, Cox & Stevens - Designers Involved in Yacht Design: - Interior Designers: Richard Taylor / Paul Williams - Gross Tonnes: 693 - Nett Tonnes: 206 - Displacement: 859 - Hull / Superstructure Construction Material: steel / steel - Owner of HAIDA G: - Cost To Build: - HAIDA G available for luxury yacht charters: - Is the yacht for sale: - Helicopter Landing Pad: No - Swimming Pool: - Jacuzzi Spa: - Material Used For Deck: teak
The Country the Yacht is Flagged in: Cayman Islands - The official registry port is George Town and her home port is The Western Mediterranean, The Mediterranean - Class society used: - Completed survey under Maritime & Coastguard Agency (MCA) Large Yacht Code: - Max yacht charter guests 12 - Guest’s cabins: - Guests Cabin configuration: - Maximum Number of Guests Whilst Underway: - Number of Crew Members: 17
Main Engine(s) is two 750 Horse Power / 552 Kilowatts Krupp. - Overall output: 1500 HP /1104 KW. - Cruise Speed: 11 nautical miles per hour. - Top Speed: 12 knots. - Range in nautical Miles is 8000 at a speed of 11 knots. - Fuel Capacity: 126000 L. - Water: 96000.00. - Power generation: Krupp 2 times 55 kilowatts, Volvo Penta 3 times 60 kilowatts. - Some locations the yacht has visited: Genova. Italy. Provincia di Genova. Liguria. - Stabaliser Stabality devices: Vosper. - Air Conditioning: Chilled Water System. - Yacht Beam: 9.14m/30ft. - LOD: 66.45m/218ft. - Waterline Length (LWL): 54.94m/180.25ft. - Draught Maximum: 4m/13.1ft. 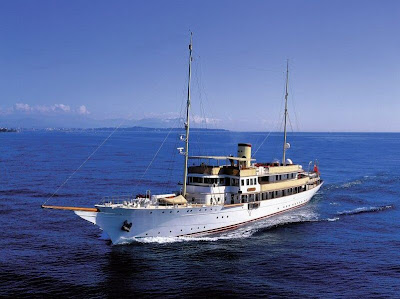 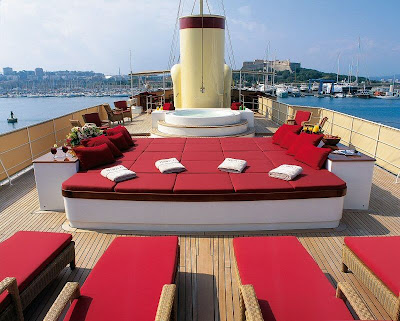 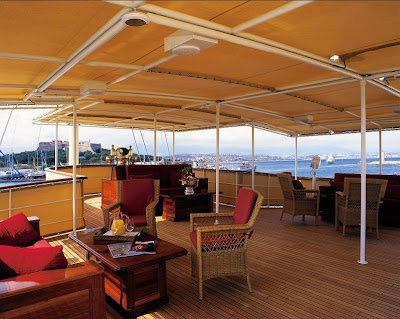 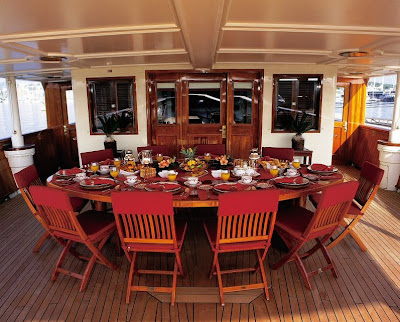 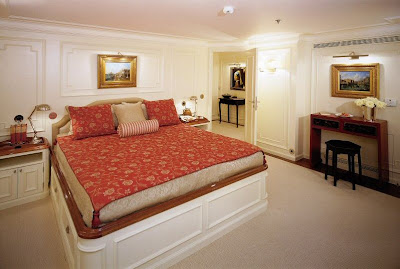 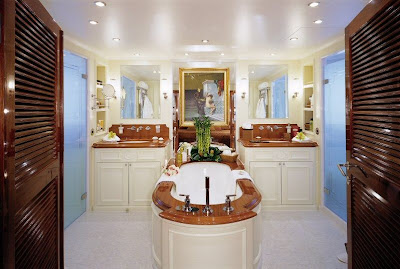 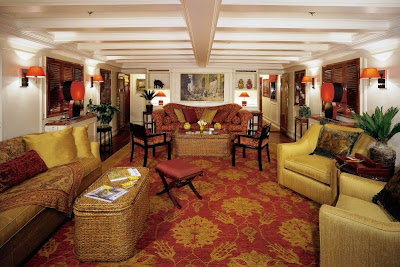 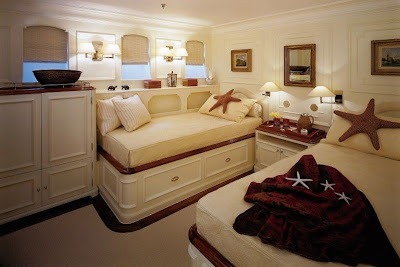 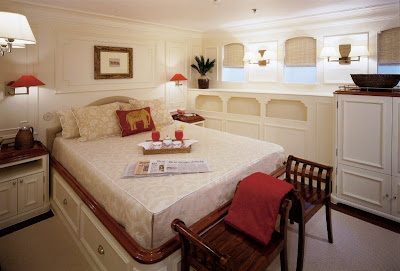 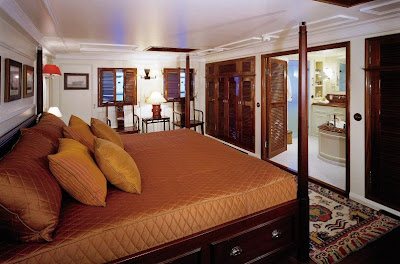 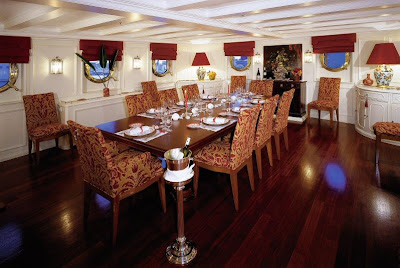 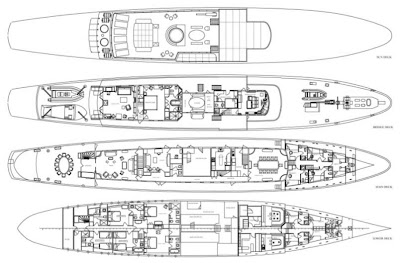 (*) Note: The yachts displayed on this website are just a brief selection of our wide fleet of yachts available in ibiza. In order to offer you the most suitable yacht according to your needs, likes and budget, please fill in the contact form, thank you.

Charter Yacht Disclaimer
The yacht charters and their particulars displayed in the results above are displayed in good faith and whilst believed to be correct are not guaranteed. Luxuryonlineyachts.com & International Charter Group ®, does not warrant or assume any legal liability or responsibility for the accuracy, completeness, or usefulness of any information and/or images displayed. All information is subject to change without notice and is without warrantee. Starting prices are shown in a range of currencies for a one-week charter, unless otherwise marked. Exact pricing and other details will be confirmed on the particular charter contract. Just follow the "reserve this yacht charter" link for your chosen yacht charter or contact us and someone from the Luxuryonlineyachts.com & International Charter Group ®, team will be in touch shortly.

Our wide fleet is composed of all type of yachts: luxury yacht charter, motor, sail, length between 5 and more than 100 meters. We will offer you the most suitable yacht rental according to your needs, likes and budget, for you to have the perfect vacation experience in Ibiza.

We customize every luxury yacht charter to the special likes of our clients and provide a professional team that will cater all needs that may arise during the charter and their stay in Ibiza .